Ryan Williams is without a doubt the biggest name in Action Sports touring the world none stop with Nitro Circus for the last few years performing insane, world record-setting tricks almost daily. The man from Australia is a machine and you can rest assured his signature deck has been put through its passes at the Nitro Circus testing ground. 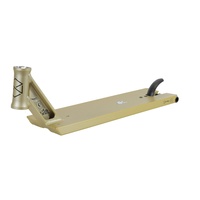